With the help of auto-transport industry specialists, you may relocate your rental cars wherever. There will be no more waiting for your vehicles to be picked up and delivered on schedule. SAKAEM understands your company's requirements and makes transferring rental automobiles simple, safe, and timely.

Fill out the form on our website to receive a free estimate right away, or contact us at (844) 742-9041. We provide personalized pricing based on your specific requirements. Call us today, and our professionals will offer you with the most competitive costs for shipping your automobiles in accordance with industry regulations. 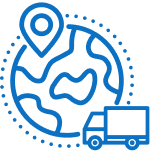 We understand that shipping a large number of vehicles across international borders may seem overwhelming. SAKAEM is here to help. Our knowledgeable staff will handle all the paperwork, customs and border protection requirements for safe and hassle-free shipping of any number of rental cars from Canada to the U.S.

We recognize that transporting a big number of automobiles across international boundaries might be daunting. SAKAEM is here to assist you. Our expert team will take care of all paperwork, customs, and border protection needs for the safe and easy transportation of any number of rental automobiles from Canada to the United States.

Best Value for Money with No Upfront Payment

Our rates are always in line with the industry. For transferring your automobiles from Canada to the United States, we select the finest routes and carriers to provide the greatest price and rental car relocation packages. Furthermore, there is no charge for booking your pick-up ahead of time.

We understand how much you care about the safety for your rental cars, so do we while relocating rental cars internationally. All our carriers are fully vetted and insured. We handle vehicles with utmost professionalism and safety and damage-free delivery is our top priority when moving cars from Canada to the U.S. over the border.

We have the vehicle shipping business expertise and are continuously working to offer the best options for rental car transfer from Canada to the United States. We thrive when your company succeeds. We have earned the confidence of our returning customers by providing excellent customer service.

Get your quote quickly on our website or give us a call (phone number), for rental car relocation from Canada. No payment required until you schedule pickup.

Schedule your pickup date, time and location and complete customs paperwork with our assistance. At the time of pickup inspect the vehicle with your driver and make detailed notes of the vehicle’s condition, then hand it over and relax. You may directly contact us to get specific updates during the shipping process.

After the carrier crosses the border, your vehicle will be stopped at a holding facility for 30 days for modifications and inspection. Once released, meet your driver at the delivery location, re-inspect your vehicle, sign the Bill of Lading, and you are done.

What factors affect the cost of shipping a vehicle from Canada?

We understand the need to move a large number of rental cars from Canada to the U.S within a given time-frame to benefit from supply and demand equations. Typically, the process of cross-border auto transportation could take anywhere between 3 to 12 weeks. SAKAEM has the capability to offer expedited delivery based on the customer’s schedule, however expedited shipping would surge the cost of shipping. Having a flexible time frame saves money, since the company can work on getting you the cheapest deals considering the routes and the availability of the carriers for shipping cars from Canada.

We understand the necessity to transport a significant number of rental automobiles from Canada to the United States in a short period of time in order to take advantage of supply and demand dynamics. The procedure of cross-border auto shipment might take anything from three to twelve weeks. SAKAEM has the potential to provide accelerated delivery based on the customer's schedule; however, expedited shipment will increase shipping costs. Having a flexible time limit saves money because the company may work on finding the best discounts for you based on the routes and carriers' availability for shipping vehicles from Canada.

A commercial auto carrier may hold anywhere from 5 (SUVs or trucks) to 9 (standard size) autos. As a result, moving larger vehicles from Canada to the United States often costs more because they take up more space on the carrier. This means that for the same price as shipping 5 SUVs or trucks, you can ship 9 regular-sized vehicles. The price varies according to the weight of the cars. The law establishes the maximum load that any carrier can carry. As a result, even if room on the carrier is available, the heavier the cars are, the fewer vehicles a carrier can load. The cost of shipping bigger automobiles rises as a result of this.

The make, model, and condition of the vehicle have an impact on the transportation cost, particularly when transporting autos from Canada to the United States. Importing costs for some models may be more than for others. Because of the amount of modification required to meet compliance rules, the cost of transferring some rental cars from Canada may rise.The condition of the vehicle also influences the pricing. If the vehicles need to be modified to meet the bumper standard and theft-prevention standards, the cost may increase.

The form of transportation used to carry rental cars from Canada to the United States has a significant impact on the cost. Although open carriers can accommodate more vehicles and hence cost less, the vehicles are exposed to filth, dust, and the elements. Open-air carriers are typically 33% less expensive than enclosed carriers. The difference in cost is due to the fact that larger open car carriers can transport up to 8-10 vehicles, but most enclosed carriers can only take up to 6 vehicles. When moving historic or premium vehicles, covered carriers are frequently chosen. The season can also influence the kind of transportation chosen. 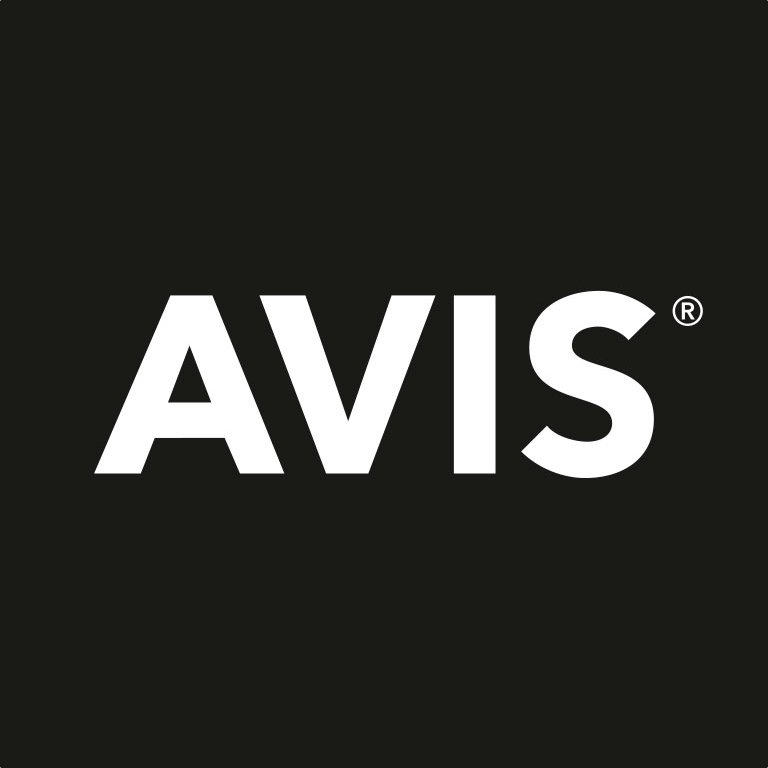 SAKAEM Logistics has been assisting Avis Boston with fleet relocation. We discovered that they constantly outperformed the competitors in terms of offering the greatest service. We were apprehensive about communication at first, but they proved to be wonderful in keeping us informed of the condition of our cars and smoothing out any bumps in the road. We want to continue using them as our primary automobile moving provider.

SAKAEM Logistics has proved to be an excellent business partner. We have trucks that need to be moved quickly. We can always rely on SAKAEM to transfer them quickly and at the prices they mention. There will be no backtracking, no excuses, and no nonsense. Simply excellent, dependable, and straightforward service.

Requirements of shipping a vehicle from Canada

Vehicles that do not meet all U.S. emission requirements, can still be imported through an independent commercial importer (ICI). The ICI will have 45 days after import to make the vehicle compliant with EPA requirements.

Your vehicle should be empty and cleaned thoroughly. Any loose items such as speaker boxes should either be secured or removed before transport.

How can I ship my car from Canada to the U.S.?

We understand that shipping a large number of vehicles across international borders may seem overwhelming. It is best to ship your vehicles using a reliable auto transport company. The staff at SAKAEM is extremely knowledgeable about shipping cars from Canada to the U.S. We will handle all the paperwork, customs and border protection requirements for safe and hassle-free shipping of any number of rental cars from Canada to the U.S.

How to import a car from Canada to the U.S?

For importing a car from Canada into the U.S, it needs to be compliant to the requirements of the US Department of Transportation (DOT) and the Environmental Protection Agency(EPA). Paperwork like DOT form HS-7 and EPA form 3520 need to be completed upon entry. For commercial entries, you will have to finish and file the entry papers by a commercial carrier when moving across the border. If you choose SAKAEM, we have experts to guide you through the entire procedure step by step.

How to import a used car from Canada to the U.S?

For importing a used car to the U.S, you need to make sure that the vehicle meets the US Department of Transportation (DOT) and the Environmental Protection Agency (EPA) requirements.Our vehicle needs to be emptied and cleaned thoroughly. All the necessary documentation like DOT form HS-7 and EPA form 3520 need to be complete. The experts at SAKAEM will help you navigate through the entire process and make importing your used car easy and safe.

How much does it cost to import a car from Canada?

Typically there is a duty fee for foreign-made vehicles imported from Canada into the U.S. (auto - 2.5% and trucks - 25% of their current value when they are imported). However, most vehicles manufactured in NAFTA countries (Canada, U.S. and Mexico) are duty-free.

How do I get a US car title from Canada?

The title of the car is referred to as Bill of Sale in Canada. For getting a U.S car title you would need to submit documents proving that the car is fully paid off before importing it from Canada to the U.S. SAKAEM provides this service of transferring the Bill of Sale into a U.S title.

Can you ship a car from Canada to the U.S.?

Yes, we can ship cars from Canada to the U.S. The staff at SAKAEM is extremely knowledgeable about cross border shipping. We will handle all the paperwork, customs and border protection requirements for safe and hassle-free auto transport.

What are the vehicle shipping requirements to ship a car from Canada?

For shipping a vehicle from Canada into the U.S, it needs to be compliant to the requirements of the US Department of Transportation (DOT) and the Environmental Protection Agency(EPA). Paperwork like DOT form HS-7 and EPA form 3520 need to be completed upon entry. For commercial entries, you will have to finish and file the entry papers by a commercial carrier when moving across the border. If you choose SAKAEM, we have experts to guide you through the entire procedure step by step.

Can’t find the answers you’re looking for? We’re here to help!
Contact Us 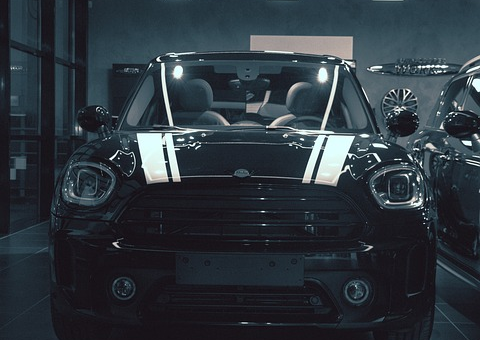 How To Find The Best Used Car Dealer CRM Software ?

A Complete Guide To Open And Enclosed Auto Transport

We use cookies on our website to give you the most relevant experience by remembering your preferences and repeat visits. By clicking “Accept”, you consent to the use of ALL the cookies.
Cookie settingsACCEPT
Manage consent

This website uses cookies to improve your experience while you navigate through the website. Out of these, the cookies that are categorized as necessary are stored on your browser as they are essential for the working of basic functionalities of the website. We also use third-party cookies that help us analyze and understand how you use this website. These cookies will be stored in your browser only with your consent. You also have the option to opt-out of these cookies. But opting out of some of these cookies may affect your browsing experience.
Necessary Always Enabled

Performance cookies are used to understand and analyze the key performance indexes of the website which helps in delivering a better user experience for the visitors.

Analytical cookies are used to understand how visitors interact with the website. These cookies help provide information on metrics the number of visitors, bounce rate, traffic source, etc.

Advertisement cookies are used to provide visitors with relevant ads and marketing campaigns. These cookies track visitors across websites and collect information to provide customized ads.

Other uncategorized cookies are those that are being analyzed and have not been classified into a category as yet.